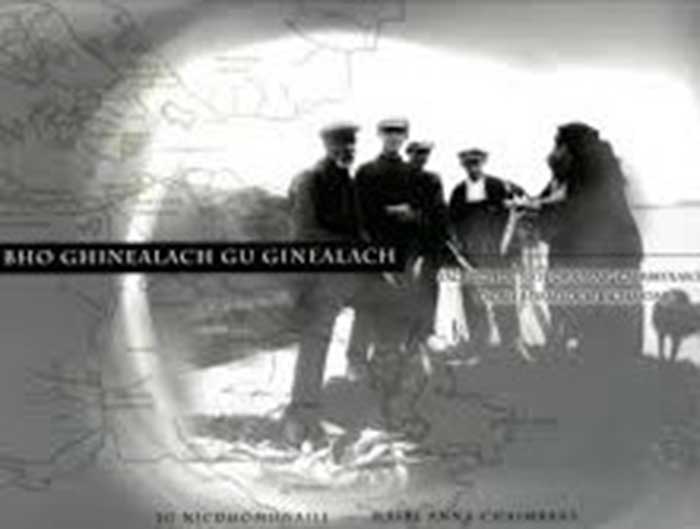 The Campbells of Taobh a Deas Loch Baghasdail (South Lochboisdale) composed some of the most recognisable songs known in the Gaelic world: ‘A Pheigi a GhrÀidh’, ‘A’ Bhriogais Uallach’, ‘òran na h-Airship’. This is acollection of Gaelic poems and songs composed by the family over three generations, by seven poets and one poetess. Featuring many previously unpublished songs, the collection reads as a first-hand social history of a period which saw great change in the Gaelic communities of the islands. It also acts as a house-cèilidh aide-memoire, sitting comfortably in your lap or on the coffee table. Meticulously edited by Jo NicDhòmhnaill and MÀiri Anna Chaimbeul, of the Campbell family, the book was researched during the Ceòlas European Oral Song Tradition (EOST) project. Price £10