Born and bred in the historical West Highland village of Glenfinnan, Iain MacFarlane has been immersed in traditional music and song all his days.

From a young age he received tutelage on the fiddle from his own father, Charlie and also from famed Loch Ness-side fiddler, Donald Riddell. The west coast bagpipe tradition has played a big influence in Iain’s life and he was lucky to develop this skill at a young age under the instruction of Pipe Major Evan MacRae.

Since his teens Iain has played in many musical formations including performances with Boys of the Lough, Phil Cunningham and Iain MacDonald as well as stints with local “greats” such as Fearchar Macrae and Fergie MacDonald. Blazin’ Fiddles & the Glenfinnan Ceilidh Band have formed the bulk of his performance work of late and have taken him round the world on musical tours.

Teaching has been a strong feature of Iain’s work over the years and as well as appearances at various Fèisean and festivals, Iain is the principle fiddle tutor at The National Centre of Excellence in Traditional Music at Plockton.

Iain’s latest project is the release of his debut solo album, ‘Gallop to Callop’ which features a stellar line up of musical friends including Breabach’s Ewan Robertson & Megan Henderson, ex Altan’s Dermot Byrne and Ingrid Henderson.

‘Iain has a rightly earned reputation for bringing absolute joy to his live appearances. If, in your life, you only listen to one album of Scottish fiddle music this is the one.” MacNeil, Folkradio.com 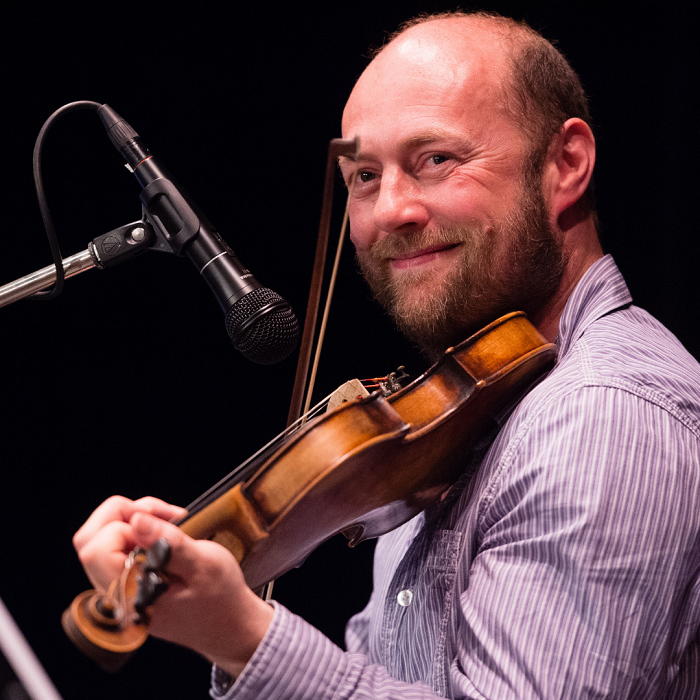