Gabe McVarish (fiddle) grew up in North California, where his family settled after emigrating from Morar via British Columbia and Prince Edward Island on Canada’s East Coast.

Gabe arrived in Scotland at the age of 17 on a fiddle scholarship with the legendary Aonghas Grant in Fort William. Deciding to stay in the area, he moved to Morar only to discover that it was the village his great-great-grandfather had departed for Nova Scotia. It remains the only MacVarish enclave in the country.

After a three-winter sojourn in Glasgow, Gabe graduated from the R.S.A.M.D. with a BA in Scottish Music in 2003.

2010 saw the release of Gabe’s solo album Eclection a culmination of fiddle styles and repertoire from every side of both the Atlantic and the Irish Sea, and his love of the traditional music of the Celtic Diaspora shines throughout.

In 2017 Gabe launched his book and accompanying CD The Gabe McVarish Collection of Traditional and Contemporary Melodies from Scotland, Ireland and Maritime Canada.

Now residing on the Isle of Eigg (8 miles off of Àrasaig), Gabe supplements his work with Dàimh by teaching music in primary schools throughout the Small Isles and brewing some of West Lochaber’s (if not Scotland’s!) finest beer at Laig Bay Brewing Co., the island brewery he co-founded with fellow islander Stuart McCarthy.

“a major force in the Celtic music world … awesome … truly outstanding arrangements, all excellently produced … should be compulsory listening, both as an example of individual expertise and of collective understanding of the essence of great music.” Gordon Potter, The Living Tradition 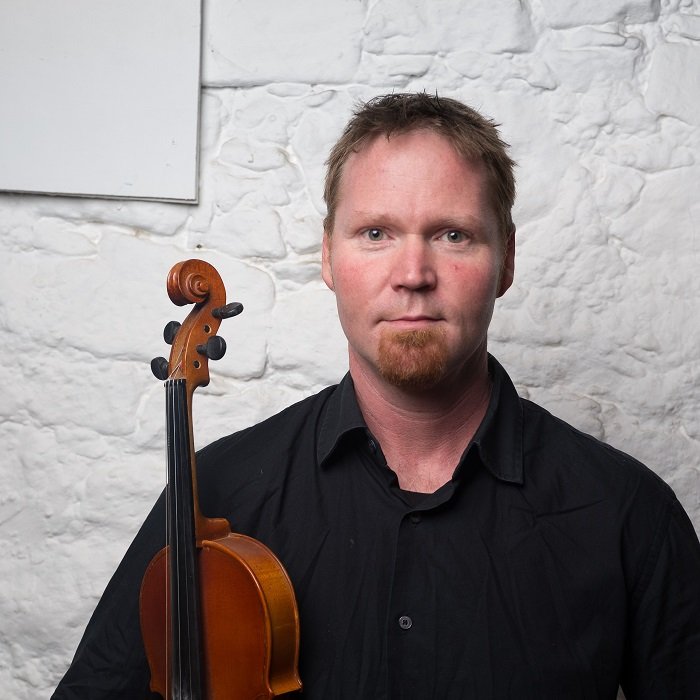